The software abylon SHAREDDRIVE protects sensitive data from unauthorized access by encryption with recognized encryption algorithms. The original files can only be accessed if the correct password is known or if the appropriate hardware key is available. Access is possible via a special program window. Due to the file-based structure of the encryption, the simultaneous access of several users to the database is no problem. The files can also be stored centrally on a server or in a data cloud. The transfer via the network is encrypted and the file is only decrypted on the client. 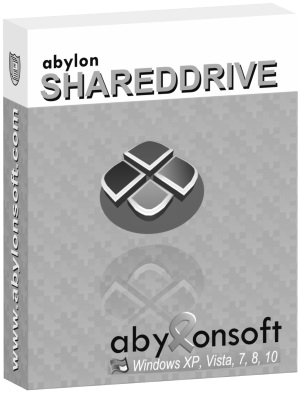 abylon SHAREDDRIVE in the Cloud

On Cloud_Speicher expands the storage space on the PC and allows access from different devices. In the meantime, there are numerous cloud offerings from large and small providers. The best-known cloud services include Microsoft's OneDrive, Google's GoogleDrive, the dropbox from the provider of the same name or AmazonCloud from Amazon.

However, a disadvantage is that important or even secret documents are entrusted to a foreign company. Depending on the provider, different promises are made regarding security and Privatsphäre. Frequently, however, these are free offers and everyone should ask themselves what possibilities of monetization there are.

To play it safe, the data can be encrypted in the cloud. This is for example possible with our software abylon BASIC, manually via the File Explorer. More comfortable is the use of our multi-user encryption solution abylon SHAREDDRIVE. If the cloud software offers a virtual directory on the computer, nothing stands in the way of the use with our software. This directory or a subfolder must be defined in the softwareware abylon SHAREDDRIVE as initial directory. All data in SHAREDRIVE are encrypted on the PC and only then loaded into the cloud via the WebDAV protocol. Conversely, the transmission is also encrypted when editing the files and only on the PC the documents are decrypted.

Awards for abylon SHAREDDRIVE All Awards

Between July and Novermber 2018 abylonsoft has published some version updates 17.30.x. Here an excerpt of the innovations: abylon SHAREDDRIVE: ... read more

Excellent! I still have to learn how to use it.