Which is the right version for me?

.NET 3.5: This Windows framework is pre-installed on the operating systems Windows XP to 7. Therefore no additional software has to be installed when installing the corresponding version of our software. In addition, we recommend this version for mobile use, e.g. on a USB stick.

.NET 4.0: This Windows framework is pre-installed on the operating systems Windows 8 and 10. When installing the corresponding version of our software, the framework does not have to be installed anymore. Only a so-called Redistribution Pack is included in our setups and will be installed automatically.

Both variants of our software can be installed on any of the Windows versions specified. If the corresponding .NET framework is not installed, it will be automatically downloaded from our setup. In addition, the registration data is valid for both versions of our setups.

The Software abylon WLAN-LIVE-SCANNER can be downloaded from our server without obligation and used without restriction for 30 days. There are no hidden costs with the download and you do not enter into any obligations.
Registration for our newsletter is voluntary!

This offer is only valid for users who have a purchased license key for the corresponding version.
WARNING: This list does not contain setups of temporary versions, free versions, magazine DVDs or covermounts!

The setup of abylon WLAN-LIVE-SCANNER is started by executing the file wlanscanner.exe. Then follow the instructions of the setup wizards. 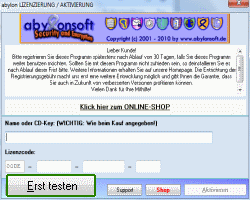 The program abylon WLAN-LIVE-SCANNER can be tested for 30 days without restriction on functionality and liking. Herewith you make no obligations. 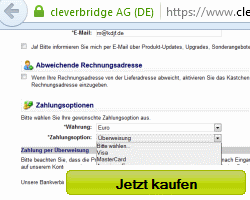 After the test phase some functionalities of the software abylon WLAN-LIVE-SCANNER will be deactivated. The software can now be licensed unrestricted, used further with the restrictions or uninstalled.

Hint: To avoid problems during installation and registration, virus scanners and other security software should be deactivated temporarily!

With the version update to 17.60.1 and 2018.12 abylonsoft has donated various adjustments and optimizations of the program interface and functions to its programs. For example, a hexagonal window ...

Update of the Picture Cleaner and Auto Encryption Apps
14.03.2016

Many improvements and optimizations we offer in the current Version 2016. With the picture cleaner abylon EXIF-CLEANER the user interface was optimized and the function for saving the pictures in ...

February 2016 sees the launch of the new software version of abylonsoft from Germany. For this purpose the version 2016.2 of the apps abylon WLAN-LIVE-SCANNER and abylon BACKUP-TUBE can be ...

The software abylon WLAN-LIVE-SCANNER automatically searches for open WLAN networks and connects the computer to the Internet. In the <strong>new version 2015.9</strong> the software ...